Why a buffer zone?

KIC continues to encourage responsible management of wastes. A number of projects managed by the Eco-Efficiency Committee address waste management issues. These include assessing the feasibility for a central resource recovery facility.

In 2003, the Eco-Efficiency Committee initiated a study to identify strategic solid waste management issues and opportunities for the KIA. This study, which reviewed non-process solid waste generated within the area, found that:

The results of the above study highlighted the potential for the establishment of a non-process solid waste recovery facility, supported by an efficient collection service, to collect recyclable materials in the KIA.

The non-process solid waste resource recovery facility may collect materials such as pallets, drums, electrical items, conveyor belting, toner and printer cartridges and hard hats. This type of initiative can contribute to improving recycling and ensure companies continue to work towards a best practice level of waste management throughout the KIA. In addition, a recovery facility of this kind will assist in diverting waste to landfill whilst also supporting and encouraging the recycling industry.

This KIC initiative is consistent with the State’s Strategic Direction for Waste Management, which supports waste management hierarchy, industrial ecology and product stewardship.

First, what do we mean by by-products? By-products are the resultant material, water or energy, from production, processing and manufacturing operations that are not sold as core product.

The petro-chemical industry is an excellent example of how production of one product has resulted in a by-product that has eventually also become a key product.

By products are useful and their use can be profitable. They often contain embodied energy.

Using by products can reduce: 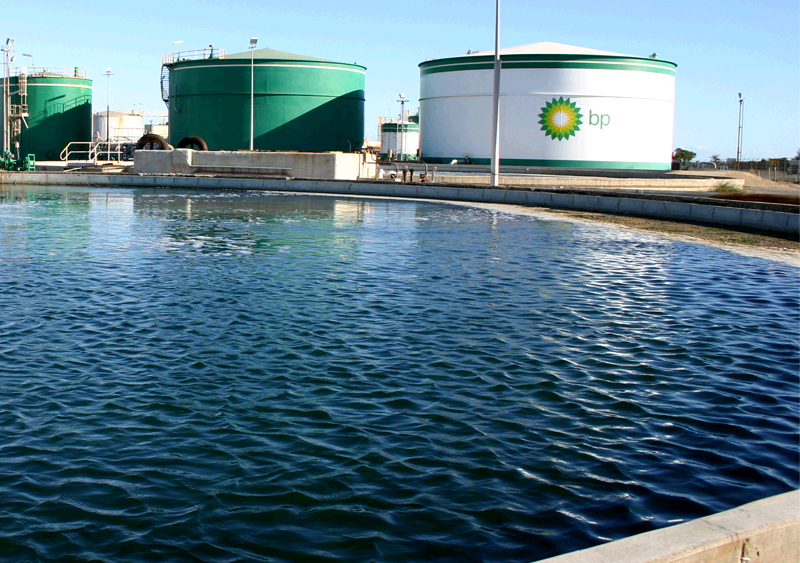 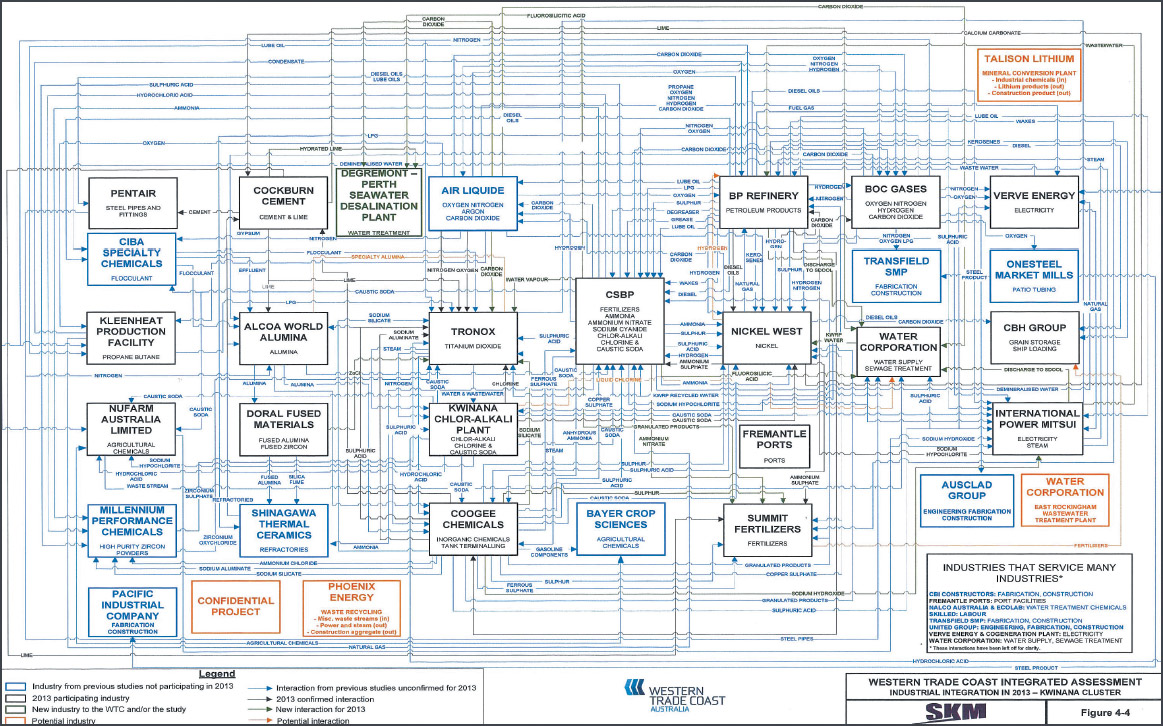 Synergies as a waste management approach

The need to address large quantities of by-products that have potential uses, and to encourage integration within industrial regions, has led to the development of the academic field of industrial ecology. This concept at its simplest sense is the “waste=food” concept, which suggests that industial systems should mimic the patterns we see in a nature where nothing is wasted. Applying this concept at the level of the industrial regional is known as “industrial symbiosis”

Kwinana is internationally recognised as a world leading example of this and has one of the most developed network of exchanges in the world.

Essentially it is about cooperation, just as organisms and animals cooperate in the wild for mutual advantage, so too can companies.

The first recognised case of “industrial symbiosis” occurred in Denmark in 1989, in a city called Kalundborg, where researchers discovered an intricate network of by-product exchanges between companies.

When two individual companies exchange a manufactured product, or waste product, usually on commercial terms, this is known as a synergy exchange. Industrial symbiosis is where a whole cluster of industries have many exchanges going on – like in the Kwinana Industrial Area (KIA). These exchanges grow over time as more companies move into the area.

The synergies help to make the participating companies more internationally competitive, and this is good. It’s also good for the environment because one company’s waste becomes the input for another.