The New Port in Kwinana

‘Westport’ is the name given to the Government’s election commitment for the planning around a identifying the long-term location and configuration for the port-related freight task. The Westport project is well underway and has been strongly supported by industry.  Current port infrastructure within the industrial area is essentially operating at capacity, and so too is the rail network. The industrial freight task needs to be operating efficiently and it needs the future capacity built in to it to facilitate future industrial growth.

Planning for a new port in Kwinana is not new. In 2004 the Western Australian Planning Commission (WAPC) identified the need for this in its report. The Westport process took into account all of the previous port planning carried out over many years and carried out a ‘clean slate’ review of what will be required for the import/export freight task into the future.

As at April 2020, Westport has finalised its recommendations and its report is now with the Government.  Westport’s recommendations as published in its Beacon #7 describe the land-backed port orientation sited north of James Point and south of Alcoa along the industrial coastline as being the preferred long-term location for the metropolitan freight port.

When the new port in Kwinana is eventually built, we will sit will have been the catalyst for the major upgrading of existing road, rail and port infrastructure to the standards that will be needed to support a new internationally competitive port.  New industry will inevitably be attracted to the Western Trade Coast because of the ease of access to the new port and to export markets.

Westport identified that accommodating the land-side freight task beyond the port is a significant constraint on its longevity, and while there is community resistance to the number of container trucks on the roads to and from the port, this is likely to increase with increasing heavy transport congestion as the port throughput grows over the forthcoming years. 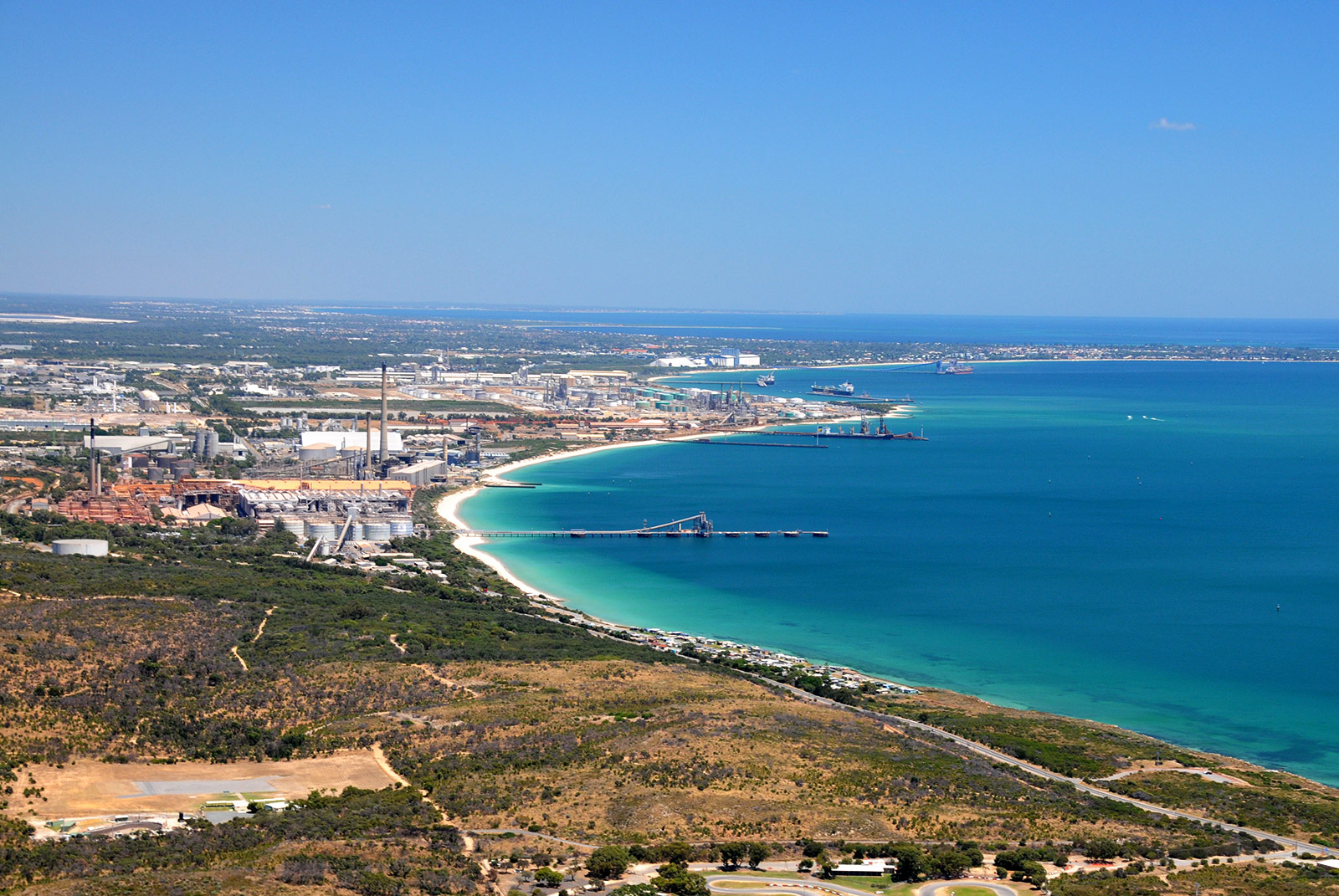 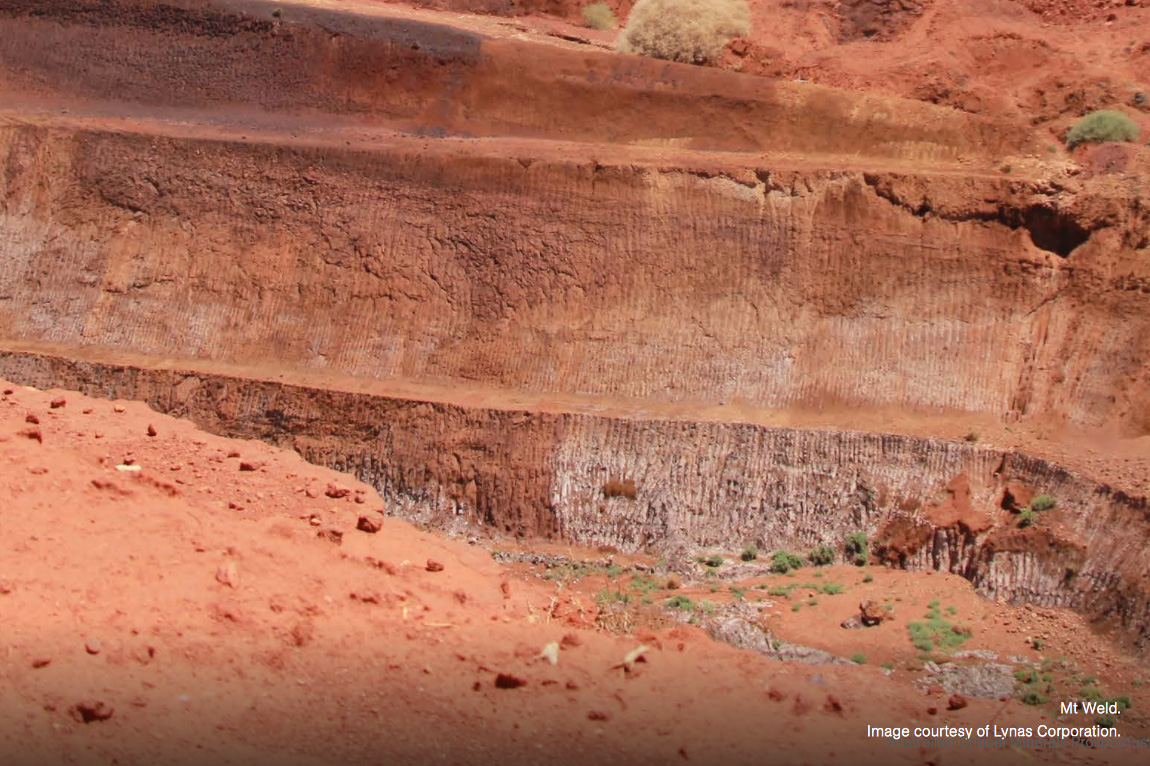 “Western Australia is uniquely placed to become a world leader in the future battery industry. We have the minerals, the technology and the expertise to seize this once in a lifetime opportunity to transform our economy. The State Government is committed to this vision, which will deliver jobs, skills, economic diversification and regional benefits across the State”.

This is a catch-all name that industry has applied to the emergence of the new energy materials industry that is centred on the Kwinana Industrial Area and Rockingham Industry Zone. Given the nature of inquiries to KIC directly by national and international companies looking to enter the battery materials supply chain (secondary processing through to battery manufacture), this interest has been intensifying rapidly. The State Government is doing its part to facilitate the growth in setting up a Ministerial Taskforce to oversee the development of its Energy Metals Industry strategy.

This new surge of industrial interest is underpinned by the announcements of three major lithium hydroxide refineries, two of which are located in the KIA. There are several companies that manufacture cathode and anode battery materials who are currently advancing their projects in Lithium Valley, and further public announcements are in the pipeline. Rolling out the State’s Strategy will need to be rapid as there is only a short window of time in which it can be influential. The wave is arriving.

To the east (in blue) is the Latitude 32 industry zone.

This very large (1,400+ ha) area is still largely undeveloped for industry, although a general industry precinct (Flinders) is becoming built out. The area has been awaiting direction in terms of its land use and subdivisional planning characteristics for many years. It is expected that the required certainty for its industrial focus to become clarified will emerge once the locational decision for the new port in Kwinana is made by the State government in 2020.

Covering 1,400ha, when fully developed this major industrial development zone will be amongst the largest in Australia and will be constructed to meet short, medium and long-term demand for industrial land in Perth.

Given the industrial core (yellow in the map) is now almost fully allocated it needs appropriately buffered land in which to expand. Once the decision on the location of the new port is made, it is expected there will be substantial pressure to re-zone the western profile of Latitude 32 to accommodate heavy industry purposes.

The remainder of Latitude 32 can then be set aside and prepared to accommodate the substantial logistics industries that will need to be clustered to support the new port in Kwinana. 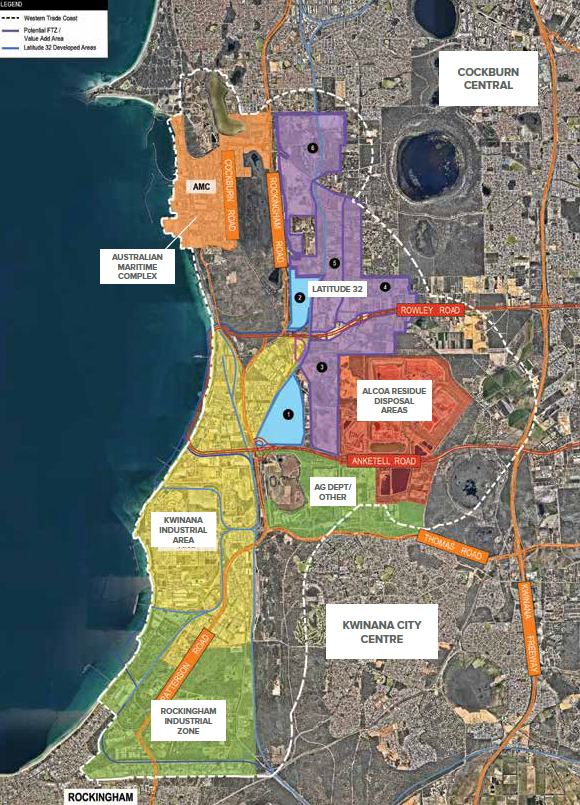 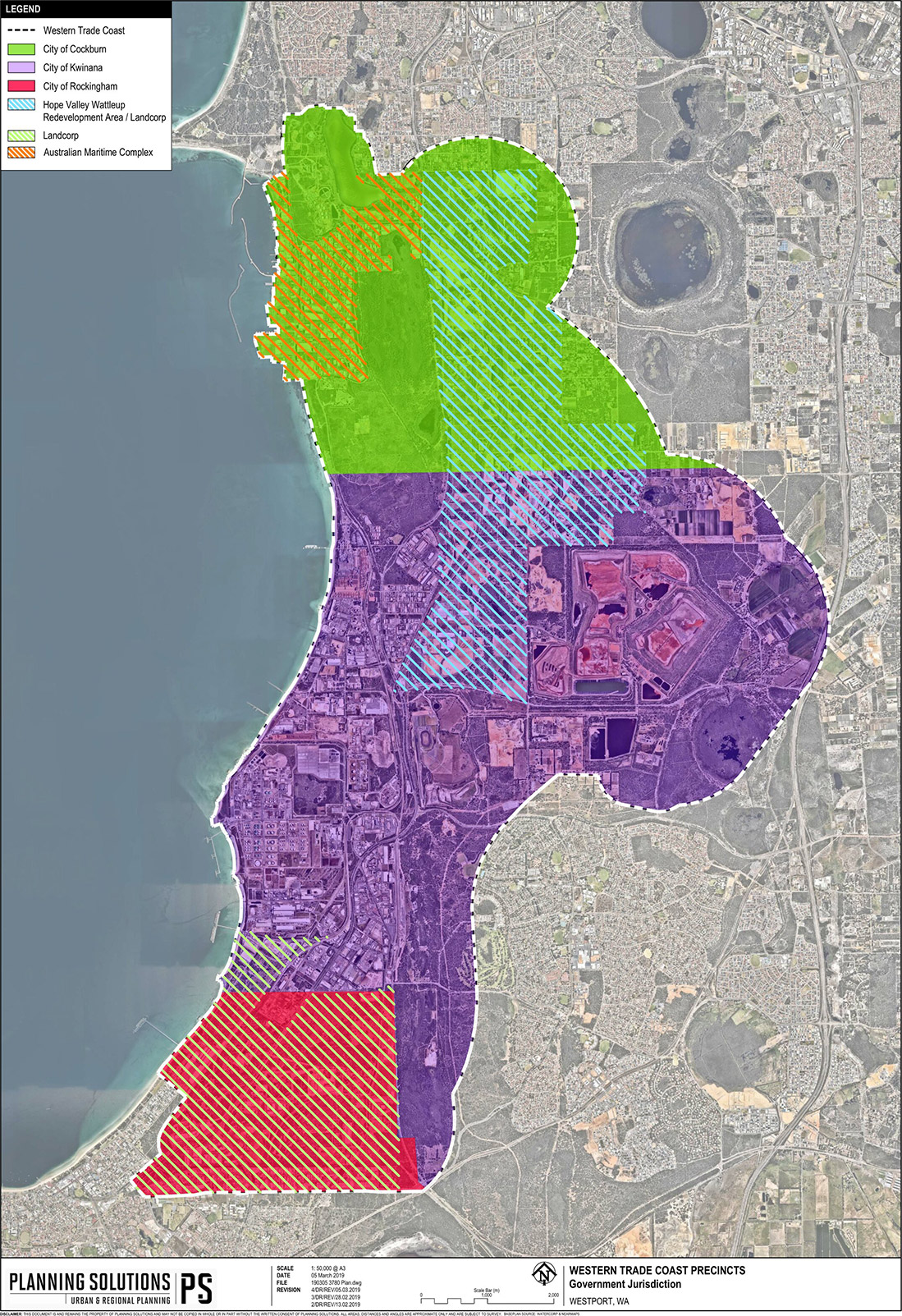 Industry is pleased the Western Australian Planning Commission is in the early stages of formally considering the KIC’s newest Metropolitan Region Scheme Amendment application which sets out to create a Special Control Area over the Western Trade Coast.

Protecting the buffer zone from residential encroachment is a key strategic issue for KIC and its member companies. In fact, industry regards the buffer itself as essential State infrastructure, as opposed to a land use planning mechanism. There are three ‘hot spots’ KIC identifies as being under threat of encroachment, with one, the Mandogalup locality in the eastern-middle area, being of extreme concern.

Industry’s long-term struggle to get the industrial buffer zone protected from residential property development still continues to frustrate. Numerous government departments and agencies have in the past supported the preservation of the buffer zone over the years. It seems difficult to rule out the influence, real or perceived, of residential property developers over several years.

Industry is pleased the Western Australian Planning Commission is in the early stages of formally considering the KIC’s newest Metropolitan Region Scheme Amendment application which sets out to create a Special Control Area over the Western Trade Coast. The Application can be found here.

Industry is extremely frustrated and disappointed that the original Application, lodged several years earlier was refused in 2019. The reasons given for the refusal were that the existing planning controls and mechanisms were viewed as adequate (which they plainly are not), and that “on the balance of opinion” the refusal was warranted.

Industry reviewed the document and because the original was somewhat out of date, substantial changes were made to it. The new aspects incorporated were the (likely) new port in Kwinana, the advent of Lithium Valley, the rapid expansion of industrial activity in the Rockingham Industry Zone, the expansion of the shipbuilding and defence industry activities in the Australian Marine Complex at Henderson, and the need to bring on more land suitable for an expansion of the heavy industrial core.

In mid-2019 the revised Special Control Area Application was resubmitted to the WAPC. That process continues.

Kwinana Industries Council acknowledges the Traditional Custodians of country, the Nyoongar people and their connections to land, sea and community. We pay our respect to their Elders past and present and extend that respect to all Aboriginal and Torres Strait Islander peoples today.